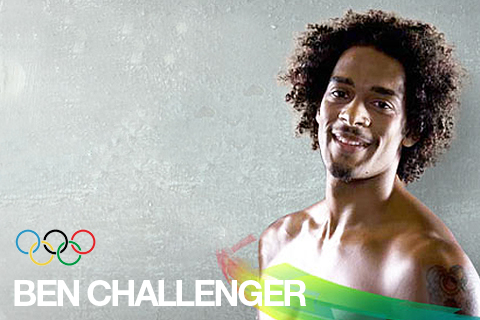 I’ve known Ben now for a few years through a mutual friend and I thought it’d be useful for you guys to get a brief insight about his past as an Olympian. Whilst the summer of 2012 was a huge success, its very rare that the public get an see into the lives of these athletes and how hard they train. Take note at the end of the interview Ben speaks about future competition. It’s true that sports men and women NEVER give up! Enjoy….

What is your heritage background? Any sports men/women in the family?

My father played football for Leicester City with Peter Shilton.  Mother was a county swimmer.  Half brother played cricket for Leicester so it would be safe to say that health and fitness was in my blood.

Can you describe the first time you knew you had a gift for jumping?

It would have been at school, at the age of 12.  I was asked to play Basketball and discovered I was pretty good at jumping high.  The following year I tried the High Jump and the rest is history! 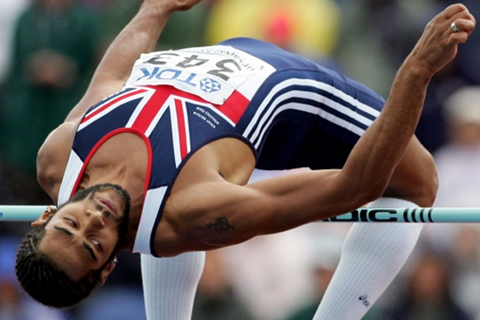 At what point did the training become serious?

16 was the turning point from training three days a week to training every day.

At what point did you integrate nutritional work? If you did of course…

At 18 I started to work with a nutritional advisor and started to care more about what I was putting in my body. You are what you eat after all.

Can you outline a typical year of training? Periods of training vs rest

People don’t realise, but athletics never stops.  You have an indoor season and an outdoor season. Outdoor season starts with a period of training from September through to the end of January.

To clarify, when I am in season this means that I was competing for my country, and training changes to take into account the competitive effects on the body.  Sessions are shorter but the intensity is a lot higher.

Off season a typical workout focuses on strength and power, and sessions could take hours instead of 20-40 minute in season workouts.

What was the most exciting parts of competing? Any cool stories from competitions or competitors?

The second time I jumped my personal best of 2.30m, the competitor hot on my heels didn’t really stand a chance of following me – however unlike other sport, I actually hoped he would jump higher – giving me the competitive edge to go even higher myself.  High Jump is an odd sport like that – you don’t get Sprinters hoping their competitors will run faster, but in the High Jump you need a good selection of athletes to make sure you can up your game!

Have you ever had to deal with injury? If so, how did you deal with it mentally and physically

Injury is a part of sport as everyone knows.  I’ve probably injured most areas of the body at some point over the 21 years of competitive sport but mostly niggles. I fully ruptured my Achilles tendon in 2006 and then it took just under 2 years to get back to full competitive fitness physically and mentally. The way I dealt with the mental side was in stages so I looked to others who had been through similar injuries and spoke to them and saw how they recovered.

Take your time and build up slowly if you have never done it before. This could be the best thing you do to help connect the whole body together.  I always think it’s worth getting a physio to screen you first to work on areas that could need rehab to support a new activity. Some of the world’s best sportsmen/women still have to go back to basics from time to time to make sure the body is firing right for the chosen activity.

What was your experience with athletes who were unnatural?

In all areas of life where there are large financial gains and rewards there will be cheats.  In my time in the sport, those that did decide to get unnatural help their careers were often short lived and had a rather negative ending!

Whats next for Ben Challenger?

I’m still training select clients to help with their fitness and rehab, and also in training myself for the Winter Games in the Bobsleigh – which might be a potential option for the next Winter Olympics. However, I’m looking to take on more regular employment with specific sports and fitness companies, where I can use my 21 years of expertise to help others.

You can find more about what Ben is up to here:

This article was written by Matt Hodges, you can see all his articles here.

Why Fish can boost your workout
1 October

Put the spring back into your chicken
8 April

Swap the C.O.D for lean turkey this Christmas Day
8 December

An Intro to Peak Performance within Nutrition
12 April